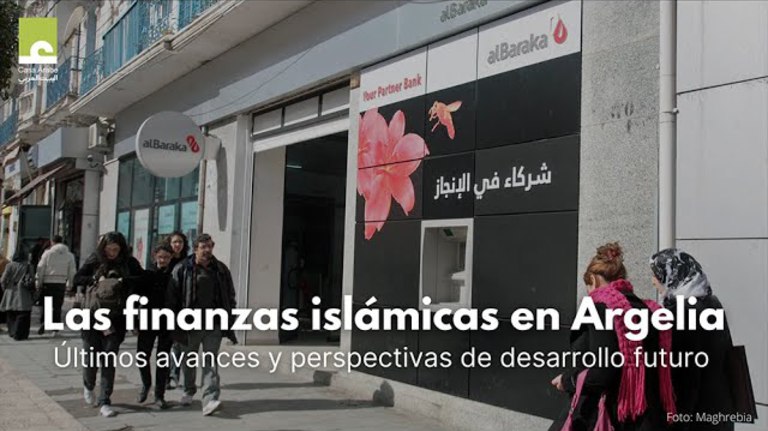 Publicado el 12 de febrero 2021
On Thursday, February 18, we offer this round table on our YouTube channel that will analyze the changes introduced over the last year by the government for the promotion of Islamic finance in Algeria, in the hands of experts and representatives of the banking sector in the country. In August 2020, Algeria’s National Bank officially launched its Islamic finance services. At the end of January this year, the Algerian government has just presented also a draft executive decree to regulate takaful (insurance services complying with Islamic Shariah law) business. These developments are part of a broader governmental policy to promote Islamic banking in the country. The declared objective is to integrate those sectors of the population still out of the banking sector and mobilize funds into the economic system from the informal market, which Algerian Central Bank estimates that may amount to $30 or $35 billion. According to the World Bank, only 42% of the Algerian population over 15-years-old has an account in a financial institution, a mere 29% made an active use of it and just a 2% made payments using a mobile phone or the internet (G20 Financial Inclusion Indicators Database, data of 2017). Some experts believe that Islamic banking could attract customers who refrain from operating with conventional banks due to religious considerations or to avoid lending or borrowing money with interest. Islamic banking in Algeria has been operating since 1991, when Al Baraka Group opened its branch there, Al Baraka d’Algérie, joined in 2008 by Al Salam Bank-Algeria. However, till recently it has remained a small niche of the banking industry. Mobilizing those funds could introduce liquidity and ease the socioeconomic situation in the country, in a context of low oil prices and economic crisis exacerbated by the Pandemics. The roundtable, organized in the framework of the SCIEF-Casa Árabe Observatory of Islamic Finance in Spain, will analyze the new changes and regulation put into place into the Algerian banking system to identify the challenges and perspectives for the development of the industry in the country. Program 10:30 Roundtable Fatiha Talahite, Senior Researcher with the CNRS and Member of Cresppa-GTM (Centre de Recherches Sociologiques et Politiques), Paris Mohamed Boudjellal, Professor of Economics, Université de M’Sila, Algeria Zakaria Slimani, Assistant to the General Manager, Bank Al Baraka of Algeria Abdelhafid Benamraoui, Principal Lecturer in Finance, University of Westminster, London Moderator: Olivia Orozco, Education and Economics Coordinator, Casa Árabe 11:45 Debate with members of the Observatory and participants First reaction: Gonzalo Rodríguez, General Coordinator, SCIEF More information: https://en.casaarabe.es/event/islamic-finance-in-algeria-new-developments-and-prospects Photo: Maghrebia. 110414 Algerians seek expanded Islamic banking options